It is with a broken heart I have to say that my lovely, gentle Teddy passed away on Tues the 16th of March.  From my previous post you will know Teddy suffered from a serious bout of gut stasis.  He’d come through it & was 95% back to normal, I knew he still wasn’t right because his eating was still a little off.  However, I wasn’t overly concerned.  Before his scheduled vet visit for a recheck, I weighed him so I had an up to date weight & was alarmed to see he’d lost all the weight he’d gained over the weekend. Alarm bells were ringing loudly now.

The vet appointment started off really positive, the vet could not believe how well Teddy was from a couple of weeks ago, this was a different vet to the last vet visit.  Unfortunately, when the vet felt his guts he could feel a sinister lump near his intestines.  I immediately knew we were back to square one & this was so serious. It was decided he’d have an ultra sound to see what could be found.  After the ultrasound it was confirmed it was a tumour but it was difficult to see where it had spread & to what extent.  The next step was to open him up & it is a must you have the talk with your vet about what to do if on opening it’s a lost cause. I have been in this situation many times & my decision is always the same, I would let them go.  It’s not fair to bring them round as the following weeks would be a deterioration into pain & suffering, and why would you put your pet through that?

Teddy had his op & I got a call & knew it was bad news as the call came too early in the op. It was bad news but even I wasn’t prepared for the extent of the mess. The tumour had gone bad, very bad, it had caused an infection & there were pockets of pus all inside him, it stank awful too, he was basically rotting inside. The tumour had also spread. There was nothing that could be done so the kindest thing was to let my big bunny go.  It never gets any easier, it is hard to believe he’s gone.  After all he’d come through in the past 12 months too, it doesn’t seem fair.  My vet said even he was shocked to see the state of Teddy & it was hard to believe he was still alive, let alone so well in himself considering what was going on inside.  It is thought the tumour was highly likely to be responsible  for Teddy’s gut stasis. A dreadful day.  Here are some of my favourite photos of Teddy – enjoy. 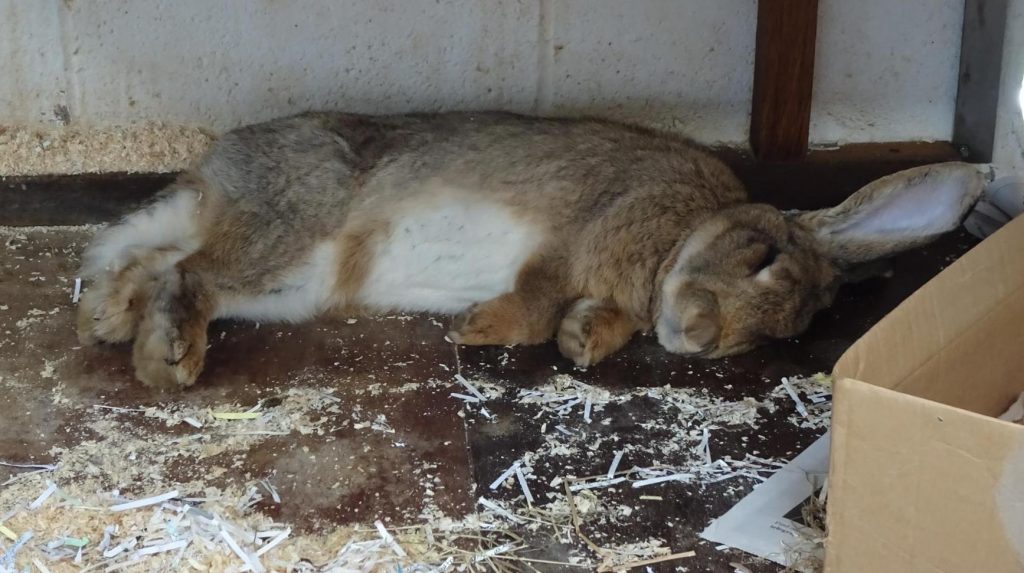